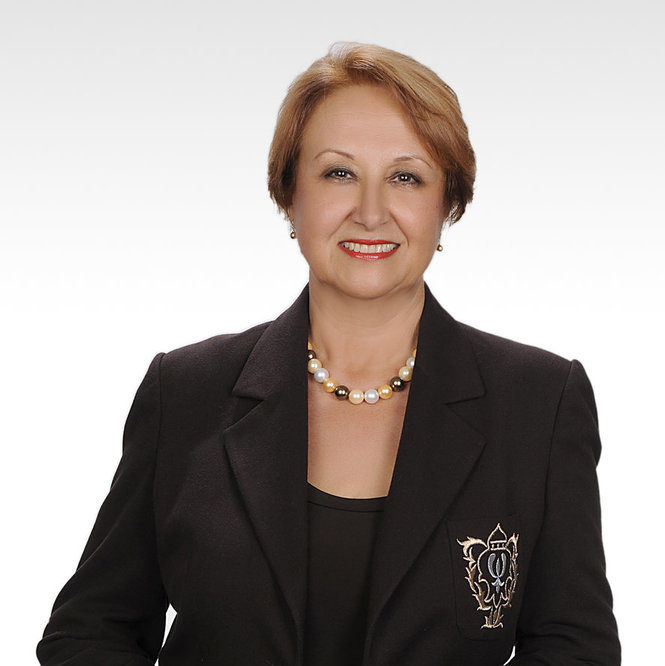 Dearest Friends,
Coming together and trying to solve a problem together is a unique step. If you are trying to do this as a team, this is wonderful. Collaborative Actions to solve the local problems of a village or a town or a city has been one of our mission within and also out of Turkey. Its cultural name is İMECE and “İmece Circle”s is the name of the methoodology which was awarded by the World Bank in 2005 within the “Turkey’s Development Ideas Competition”. In that year there were totally 16 circles and 16 projects, not there are nearly 4,000. We tried to realize this not only at K-12 levels but in universities as well. We included local governors, companies, non-governmental organizations and eve

n families. We also started an ICT Project and it was supported by Microsoft Turkey for five years, between 2004 and 2009.
Last March, I wanted to start the same activity in Datça, Muğla, for we had bought a small summer house there and we had noticed two important things:
1. Many well-educated people (inhabitants)  who were living there after their retirement or leaving their jobs in bigger cities.
2. Uneducated local people and even closing schools at the western side of Turkey.
As an educator, that had attracted my attention at once and I had wondered the reason of distance between the well-educated ones and others. I aimed at bringing those two parties together to help the local. Thus, others would have felt satisfied, most probably. At least, I had thought like that.

On 30th March 2017, I held a meeting at the Local Conference Hall to bring educated, volunteered people together with the support of the local governor. 50 people participated and at the end of the meeting, seven of them wanted to form teams to solve the local problems they determined. It was really fascinating. Circles (teams, groups) for Sports, Arts, Culture, Education, Communication, Leadership formed to bring solutions in the long run. Within four days, after a general meeting, circle leaders had started to add more volunteers to their teams. Sports Circle was the fastest. We have gotten the huge power of social media near us; we had formed a Facebook page, a Whatsapp group to communicate and to attract attention of the others. They organized some sports days, festivals and contributed to some other local activities.
As the head of the Education Circles I drew the road map of the Datça Primary school under the leadership of the school principal Mr Muzaffer. We wanted to conduct more projects to include teachers and parents. However, a sudden change of the school principal affected our plans.  The only thing I can do for them, from then on, depends on the circle leaders. 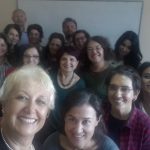 On the other hands we participated in “Muğla Environmental Issues Platform (MUÇEP)” and formed a special interest group for the young to lead them about the environment issues. 15. ICT Seagulls Project is open to environmental issues as well. Please visit the web page: www.bilisimcimartilar.com/En.

In July, I started an İmece movement at Muğla Sıtkı Koçma University, Foreign Languages School with the approval and support of the Chair Prof.Dr. Eda Üstünel. We organized three different seminars; one for the Summer school students and two for the instructors. During the Spring term some instructors will be using the İmece Circles methodology within their courses.
As you see, Datça İmecesi (Collaborative Teams/Support Teams for Datça and Muğla) has been on but it is going on a little bit slowly. The reason, of course, motivational (psychological), financial and cultural. Every region including its governors and inhabitants show great similarities and differences as well. My aim was to bring people and also bring institutions together to bring some solutions to the local problems via the methoodology I have been using for years effectively and successfully. However, if people are not ready or volunteer about the change, it is not possible to do it. The best thing is to wait and see. I have been doing it just at the moment. The most interesting thing is this; even though the news about this was found very interesting by some other towns, they are also silent. I must confess that death-like silence is not good for the living. It kills enthusiasm and liveliness. With love and peace…
Dr. Hayal KÖKSAL

Dearest Friends, Coming together and trying to solve a problem together is a unique step. If you are trying to […]

Dearest Friends, Life is good if you are running after what you have considered as your hobby. The profession […]

A New Term starts with the Great Memory of Refet Angın

Dear All, After a 6-week term holiday,  I will start my course “Classroom Management” again and I will meet […]

MY REFLECTIONS  Dear All, I participated in the “Eleventh Workshop on Transforming Humiliation and Violent Conflict” which was convened by […]